The British government is considering allowing broadband firms to run high-speed cables through the United Kingdom’s pipe network in a bid to improve connectivity across the country.

Taking advantage of existing infrastructure would given technology companies access to more than one million kilometres of underground utility ducts, significantly speeding up the rollout of 1 gigabit internet connections.

Currently, constructing new networks to carry broadband cables accounts for 80% of the installation costs. Using water and gas pipes and the sewer network in conjunction with other major infrastructure could save £8 billion, according to research from the National Infrastructure Commission.

Making the process of installing cables much easier will enable more households and businesses to be served by superfast connections. 1 gigabit broadband offers download speeds of 1000 megabits per second.

Britain’s internet speed lags behind other countries. The annual 2019 world speeds report from research firm M-Lab and Cable.co.uk ranked the United Kingdom 22nd in Europe and 34th in the world.

Taiwan led the way with an average download speed of 85.02 megabits per second. Singapore had the second fastest internet speed in the world (70.86mbps) with Sweden (55.18mbps) and Denmark (49.19mbps) Europe’s best performers. The UK’s speed was 22.37mbps in comparison.

Minister for Digital Infrastructure Matt Warman said, “It makes both economic and common sense for firms rolling out gigabit broadband to make use of the infrastructure that already exists across the country.”

“This will help them avoid the high costs and disruption of having to dig or build their own and ultimately benefit consumers.”

Mr Warman cites the greater cooperation between BT and its competitors as a sign of what can be done when existing infrastructure is shared. In 2019, Ofcom ruled that BT had to give other telecoms providers access to its Openreach broadband network to speed up the roll out of universal full fibre broadband access.

The Access to Infrastructure (ATI) Regulations 2016 were introduced to make the sharing of information regarding infrastructure between utility, transport, communications and water companies easier.

As well as information sharing, the ATI Regulations also allow the right to access infrastructure on fair and reasonable commercial terms. The Ofcom ruling increased the number of agreements between BT and other telecoms companies over the sharing of infrastructure, but the government does not believe that the ATI regulations have been utilised widely enough between other sectors.

They are now set to carry out a review to see what can be done to kickstart the sharing of infrastructure between utility companies and telecoms companies with the aim of increasing the availability of high-speed broadband.

“We want utility companies to do more to open their networks up and help speed up getting next-generation broadband to people across the UK,” added Mr Warman.

A 2016 pilot scheme between rural broadband supplier Gigaclear points to what the government hope will be possible through greater infrastructure sharing.

Gigaclear teamed up with Affinity Water to run fibre cables through two disused water pipes on Affinity’s network, bringing high-speed broadband to the villages of Furneux Pelham and Little Hormead near Stevenage via an existing pipe network. 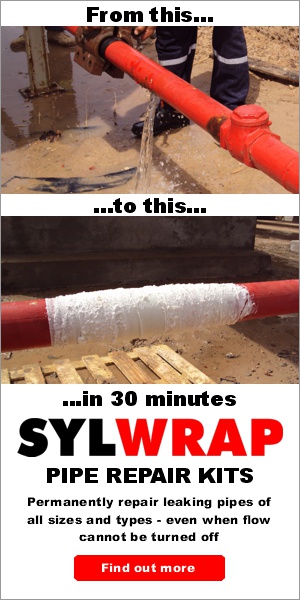